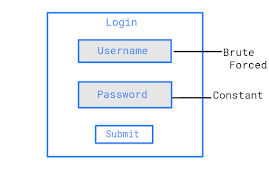 Are you looking for a quick way to perform password audit thru spraying on a bunch of web applications part of your security assessment, then you have come to the right place. So i have written a small tool in python that can perform quick password spray attacks on different authentication methods (as of now its ntlm and form based authentication) across multiple targets and generate reports with enough details to help with the ongoing assessment. 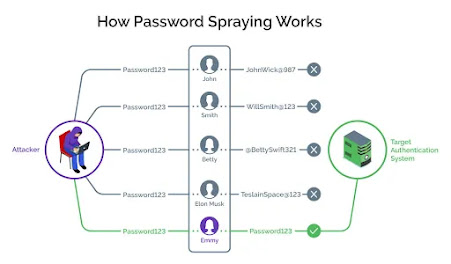 So python being so rich in libraries and good multithreading features was the obivious choice to build the tool. Since its largely web applcations i chose selenium with chromedriver to simulate any login attempts. Finally all these are packed into a docker container for easy deployments. The solution uses a single config file to define targets, user list, password list etc, its easy to deploy in any environment as per need.

The tool is published on github here - https://github.com/moheshmohan/spray_tool  feel free to clone the repo or you can extend it

The docker image can be build with below command
docker build --tag moheshmohan/spray_tool:latest .

This should pull necessary requirements and build an image. (Mar 2, 2022) Please note i have not trimmed the image to include the exact requirements so you might be seeing some extra python libraries being pulled. I hope to optimize this in later revisions

The tool can be run against multiple targets with each defined in a configuration file. A sample config file is already included on the repo to target demo.testfire.net. Sample user names and passwords are also included. The below command can be used to run on the included configuration (config.ini)

The above command allows the container to access files in the current directory so that you can pass configuration files and wordlists to the tool.

The argument -c followed by config file denotes the configuration used for the attack.

As of now the solution can perform password spray against NTLM over HTTP and standard form based authentication. Below are instructions on defining the configuration file to perform attacks against different targets.

The default configuration defines some global settings which could be shared across each subsequent target entries. The are as follows

UserDelay : The delay in seconds between each usernames attempts. since the tool is multithreaded, the solution waits for specific seconds after each attempt of usernames

passDelay : The delay in seconds between each password attempts. In password spraying you can provide the tool with list of usernames and passwords it will take one password and iterate through the entire user list, once one iteration is completed the tool waits for the specified number in passDelay to initiate another run. combination of this and UserDelay can be used to evade monitoring controls to an extent.

Now lets talk about the configurations available for attacking NTLM over HTTP. A sample config looks like below

Type : defines the type of attack, here it is ntlm

The solution makes use of selenium to automate password spray attempts on any form based login. Since its chrome driver based to simulate browser consider the implications while configuring the number of concurrent threads.

A typical configuration for form based attempt is as follows

Type : defines the type of attack, here it is headless which denotes usage of selenium to simulate browser. here the container has chromedriver so chrome or chromium browser is simulated.

Before moving to the next items, we need to talk about how to precisely identify elements inside a web page. For this selenium can make use of xpath notations. XPath (which stands for XML Path Language) is an expression language used to specify parts of an XML document. It is a syntax or language for finding any element on the web page using the XML path expression. XPath is used to find the location of any element on a webpage using HTML DOM structure. Below is a short video in getting the xpath notation of any specific element in a web page.

Now that we know how to easily get xpath notation of any elements in a page, lets look into the other items in form based config

username_field : This is where user name needs to be entered in the page

password_field : This is where password needs to be entered.

loginbtn_element : The webpage element that needs to be clicked so the login is initiated. typically this is a button.

fail_element : This could be an error message or any other element in the page that denotes a failed login attempt. The selenium driver will look for this once the login click is initiated, if its present then it identifies that username password combo as failed attempt.

sucess_element : This is an element in the resulting page that determines a successful login, once selenium identifies this the username/password combo is marked as successful in the report. The tool will then continue further attempts in the list.

The solution generates a csv file spray_out.csv in the current working directory. The report contains status of each user name password combo attempted on each target defined in the configuration file. Also the attacking machines ip address is also logged so it could help with the purple teaming or similar activity at later stage.

So thats basically it, I hope to extend the tool in future to accomodate more use cases and provide more features. If you would like to develop or contribute the solution please feel free to approach via github. If you like my work please support me by subscribing to youtube channel, facebook page or even reach out via telegram group.